Welcome to the JSGE Home Page 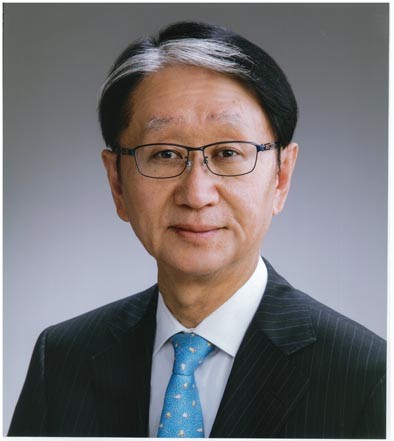 As of January 2019, I have been appointed as the Director General of the Japanese Society of Gastroenterology (JSGE). It is truly an honor to be presiding over this society that is steeped in tradition. At the same time, I am acutely aware of the heavy responsibility this role entails.
Established in 1898, JSGE is one of the oldest scientific societies in Japan. In July 1954, it was recognized as an Incorporated Foundation, and in January 2013, under the new system of public-interest corporations in Japan and through the efforts of the former JSGE Director General Kentaro Sugano and others concerned, JSGE assumed a new corporate status of the General Incorporated Foundation. As of the end of December 2018, JSGE has a membership of 35,012. It is the largest gastrointestinal scientific society in Japan.
In the Act of Endowment, it is stated that the objective of JSGE is “the promotion of basic research and clinical studies on the digestive organs and their diseases that will further the progress and development of gastroenterology and contribute to the welfare of the humankind.” The wide-ranging activities of JSGE include (1) holding scientific meetings, (2) publishing journals, (3) organizing lifelong study programs and lectures and workshops for training specialists in gastroenterology, (4) assisting in members’ scientific activities, (5) organizing meetings and issuing publications to increase the public’s interest in gastrointestinal diseases, (6) designating teaching hospitals and conducting exams for certifying specialists in gastrointestinal diseases, and (7) promoting international cooperation with the World Gastroenterology Organisation. In particular, we believe that training specialists in gastroenterology and internationalizing JSGE are growing more important. Educating gastroenterologists who are trusted by our citizens is the most important task of our society.
Dr. Shimosegawa, the former President of JSGE, and his predecessors have carried out many reforms, some of which are ongoing. The JSGE journal in Japanese is now available online. The Journal of Gastroenterology, written in English, has been exceptionally successful with an impact factor of above 5. We will continue to discuss how the JSGE general meetings, lectures, and international sessions should be organized. JSGE also intends to make further efforts in addressing issues surrounding gender equality.
While we have many issues that remain to be addressed, we are determined to work on these issues earnestly while continuing to coordinate with other gastrointestinal scientific societies.
We thank you for your support.

Announcement
For information about the registration of JSGE members to UMIN, please contact our Head Office. Please refrain from contacting the UMIN office directly.

All rights reserved
No information, materials, images, etc. from this home page may be reproduced or reprinted without permission.